In early 2017, Crave Media had the opportunity to be a part of the re-imagining of the Phat Wheels Race Team livery.
Several members of the Crave Media team are motoring enthusiasts and they dove headfirst into the project with deserved enthusiasm.
After going through the process of designing and developing the new livery around key concepts put forward by the Phat Wheels drivers, a finalised design was produced and the whole Crave Media team were delighted to attend the debut of the freshly clad Phat Wheels MX5’s at Lakeside Raceway. 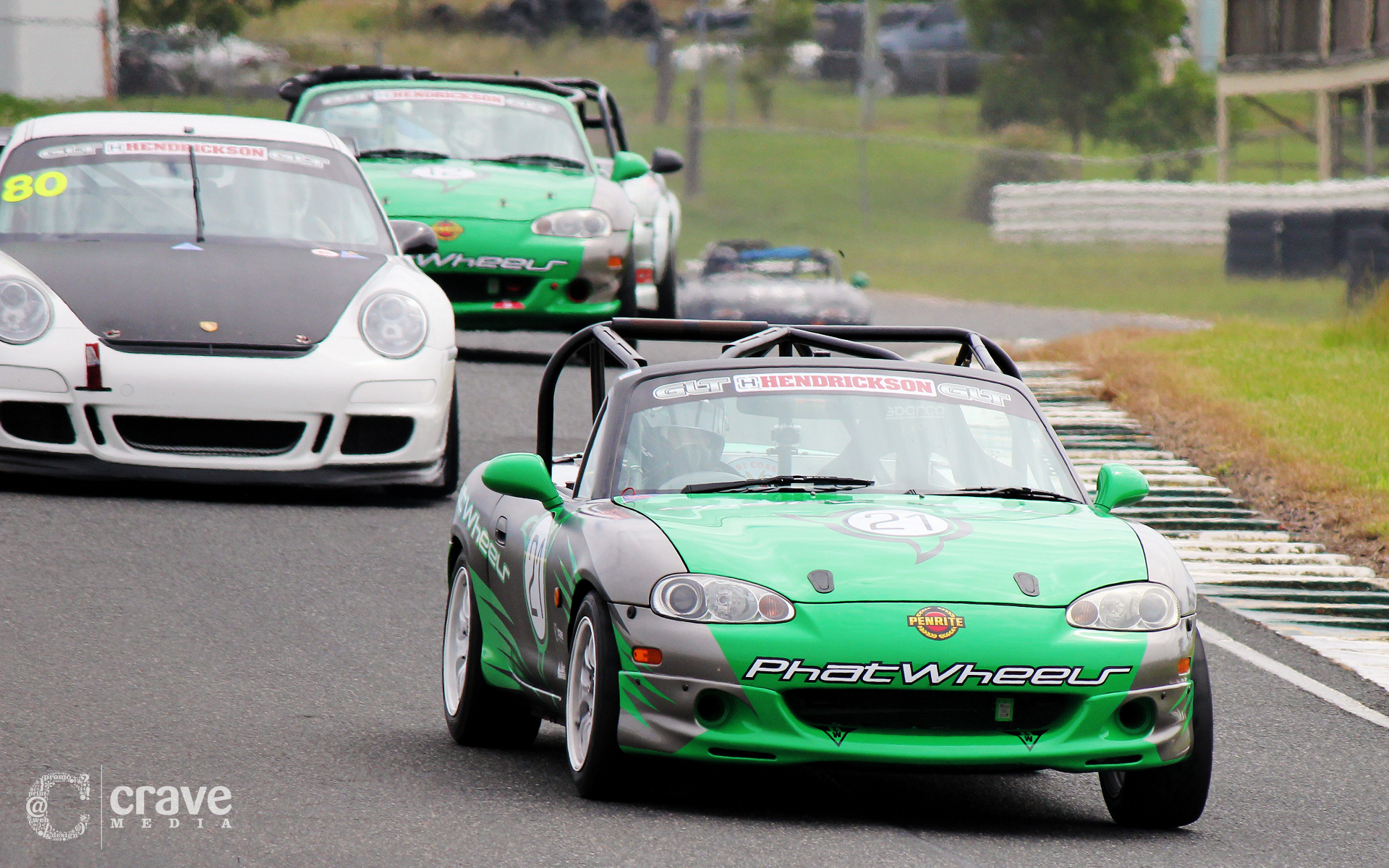 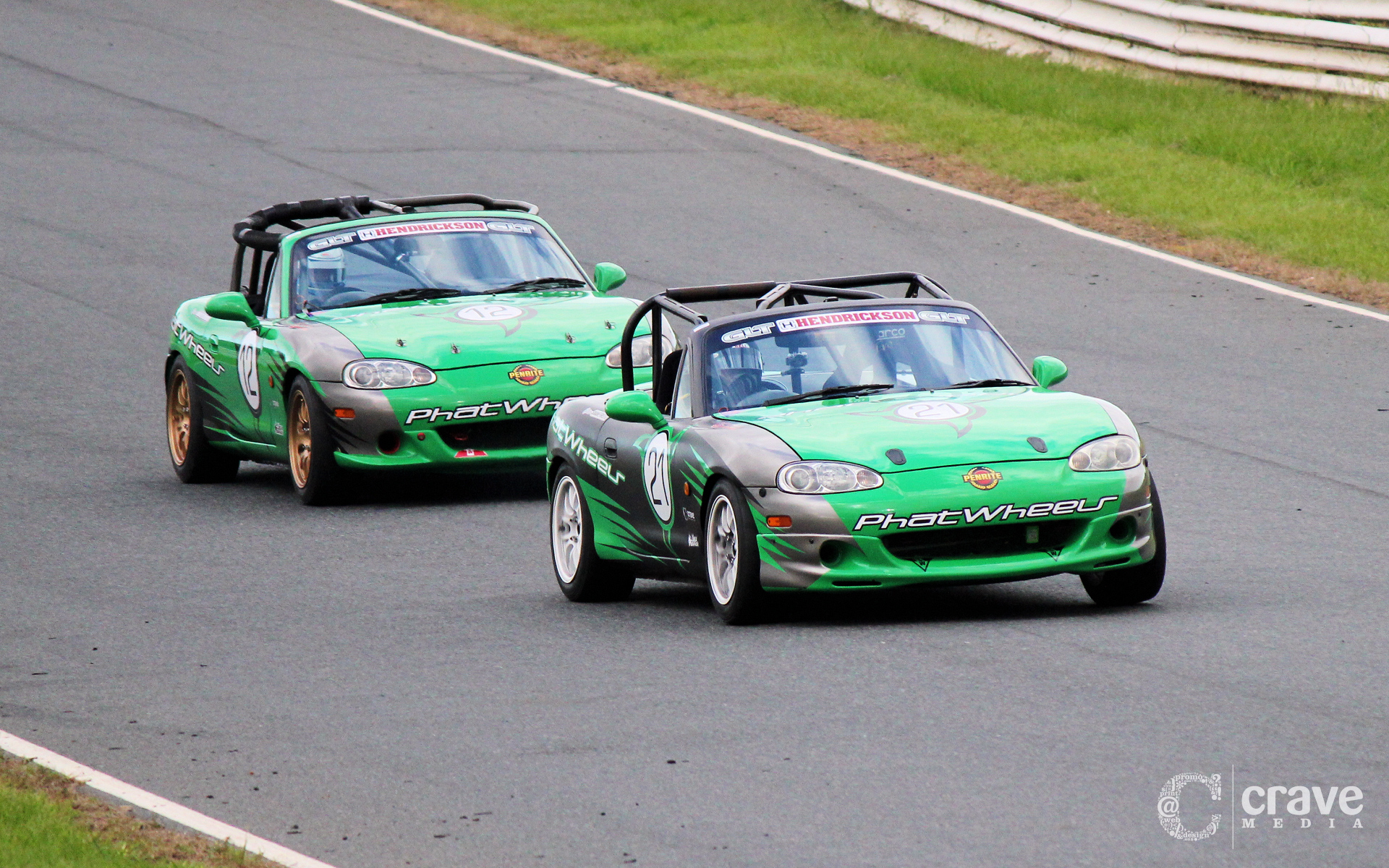 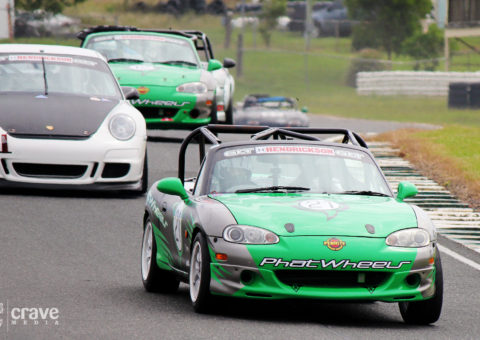 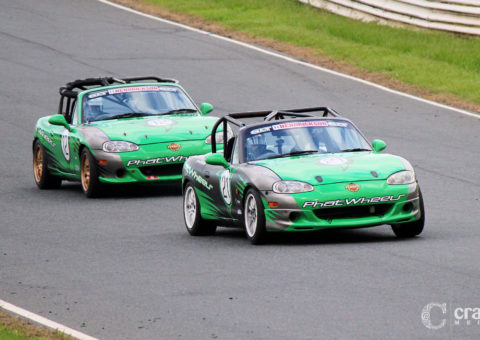